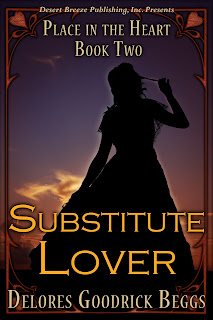 I have a problem I suspect is common to most writers. My days are unbalanced. I spend too much time writing at my laptop and not enough time exercising. In addition, I usually also have a small dish with a snack to nibble on while I pause to think what a character would say or do next. Although I try to concentrate on healthy, from time to time sweets slip in, compounding the original problem.

I have tried various ways of exercising while I sit at my desk, but the appetite increases.

I have tried breaks every hour, but my characters usually manage to be in the middle of an important scene I just can't drop without losing the original idea/flavor of it.

For a while it worked to jump right into an exercise routine when I first got up in the morning, but soon my mind put a stop to that by popping up fresh ideas that I just had to capture on my computer before I lost them.

There was no help for it. I had to find another way to add in more exercise to my daily routine. I needed something that got me outdoors in the fresh air and sunshine and busy moving. I needed a project, a big one.

I wasn't good about dumping the daily and weekly newspapers often so the stacks grew pretty good-sized before I gathered them up and headed for the trash bin. One day I opened my extra closet and noticed I had enough brown cardboard rolls collected, the kind sheet gift wrap comes rolled around, to make stick arms and legs for numerous make-believe creatures, or a paper fence to enclose my garden. When the ideas flowed I always headed for my computer, not for the trash can.

But on that particular day, looking at the high pile of old newspapers, and cardboard rolls, I was reminded of the various crafts projects I dabbled in before I started writing my novels. I searched my mind for something easy to make, and then gathered an armload of newspapers, some cardboard rolls, a mop bucket, and my canister of flour to make flour and water paste and headed for the back yard.

A couple of hours and much bending and twisting exercise later I left my creation sitting in the sun of the back patio to dry. I needed to pick up some blue paint for Humpty Dumpty's suit anyway, and black to add his face and buttons.

At that time we lived in a neighborhood where folks often put decorations in their front yards for the neighbors to admire. I worried though, that neighborhood dogs would make up-close visits to Humpty and make his suit run with streaks. Our house had a flat roof, so in the end, we sat Humpty up on the roof, his legs hanging over the edge.

For a week, he drew admiring glances from the neighbors taking their daily walks. Then one morning a neighbor knocked on the front door and asked me where Humpty Dumpty was. I stepped outdoors to check the roof. He was gone.

The neighbors assisted me in my neighborhood search for him. We didn't find him.

I went down to the local authorities' office to make a report. The officer glanced at my report. "Humpty Dumpty?" he asked with a concerned face.

"Yes. He's wearing a blue suit and he has black eyes and black shoes on his feet. He was sitting on my roof, and he's gone. I want him back." The officer studied me a moment, and then hollered loud enough for the crew in the break room to hear, "Humpty Dumpty's missing boys! Anybody sees him, bring him in to the station!"

Sadly, Humpty Dumpty was never found. I still wonder what became of him. But I moved on to my next paper mache' project. I had to keep the exercise going.