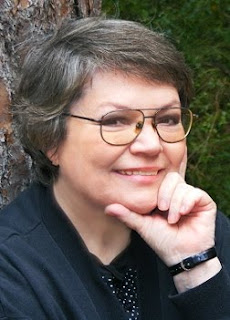 I'm using my Spotlight week to share the elements that inspired my romantic suspense novel, Storm Surge. I'll start with the location -- the upper Gulf Coast of Florida, which goes by several aliases -- the Panhandle, The Miracle Strip, the Emerald Coast, the Western Gate to the Sunshine State, among others.

My favorite, though, is The Redneck Riviera, a moniker that rightfully belongs to Gulf Shores, Alabama, some 30 miles west of the state line, but which has gradually been spread eastward by the uninformed, all the way to Panama City Beach.

If, as some say, the Gulf of Mexico is America's Mediterranean, the Riviera part makes sense. The Redneck part makes sense, too, when you realize that the upper Gulf Coast has been the traditional vacation destination for working class families from Alabama, Mississippi and Louisiana for generations. By the way, for Southerners, redneck is one of those terms that's offensive or not depending on who's using it.

What you find here is a beach of blinding white sand of the purest and finest quartz in the Florida. It is the result of millions of years of erosion of the Appalachian Mountains, the second oldest mountain range on earth. In the valleys between dunes feathered with sea oats that turn golden in late summer, motorists catch glimpses of the turquoise Gulf stretching to a lighter blue horizon. Sabal palms and gnarled live oaks draped with garlands of Spanish moss shade the creamy blossoms of spiky yucca filamentosa, the only yucca plant native to the eastern states.

But it's not totally paradise. This is the sub-tropics. It's hot and humid in the summer. Really hot and really humid, so humid that the beautiful blue sky of spring and fall turns to a white haze in summer. There are lizards, snakes and alligators, and red-tail hawks big enough to snatch up a small dog. The mosquitos are the size of small birds (okay, so that's an exaggeration). There are also sand burrs, fire ants, and cockroaches (called "palmetto bugs" by the more refined ladies of the coast) so big they'll take your breath away.

And there are hurricanes. 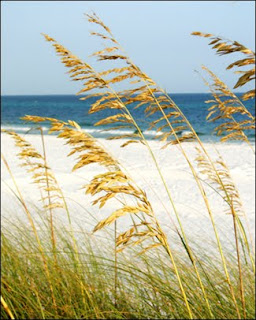 The fictional hurricane in my story, Category Five Kathy, is patterned after Ivan, the storm that made landfall just west of Pensacola during the 2004 Hurricane Season from Hell, when a record four storms struck Florida within weeks of each other.
I'll write more about hurricanes later in my spotlight week, along with Southern heroes and sweet, ditzy Southern heroines, coastal cuisine and end up with an excerpt from Storm Surge.

But for now, I'll leave you with this lovely view of the white beach and Gulf of Mexico seen through golden sea oats.

"Photo Copyright by HeidiH and Dreamstime."