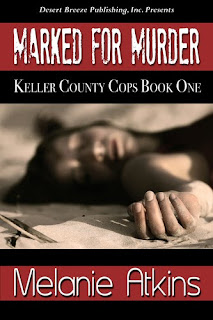 "Excuse me?" Ellen turned her aching head and focused on the slight blonde nurse
changing one of her IV bags. She must have just come on, because Ellen didn't remember seeing
her before.

The nurse smiled. "The detective. Jenny said he stayed 'til after midnight, and he just
called to ask about you."

"He probably just wants to question me again."

"I heard someone say they found you on the highway." She checked the tubing and then
picked up the empty bag. "What happened?"

"I don't know." An icy shiver wracked Ellen. Part of her wished she knew how she'd
happened to end up beside Highway 463, but another part simply wanted to forget it. As if a
sinister force lurked inside her head, keeping certain memories at bay. She feared what might
happen once she did remember.

The nurse checked the thermostat. "Where are you from?"

"I'm not sure." She frowned. "The detectives found my license, but--"

"Jenny wrote it on your chart. I'll look it up for you. Your test results might be here
already as well. I'll be right back." She smiled and left the cubicle.

Ellen relaxed against the pillow. She was drowsy, thanks to the pain medication. All she
wanted to do was sleep. Her bones ached, but to her relief the pain was now only a dull throb
instead of the full-blown agony she'd experienced last night when she'd first awakened.

The nurse strode back in carrying a pitcher and a clean disposable cup. "Your chart says
you're from New Orleans," she said. She put the pitcher and cup on the bedside table. "About
forty miles from here."

"Louisiana," Ellen whispered. She didn't remember living in New Orleans. "Where is
here?"

"Oh, I'm sorry. I thought you knew. You're in Hunter's Bayou, Mississippi, in Keller
County. Near the Gulf Coast."

"He moved here from New Orleans about six months ago, I think." The nurse poured her
some water and helped her sip it. "And, dear, you're not pregnant, if that was a concern."

"I see." She frowned. Then why did she have a sonogram image in her purse? She wished
she could remember buying the brown leather bag Jonah had said he'd logged in as evidence --
probably because of the large amount of cash inside. Cash she didn't remember having.

The nurse set the cup on the bedside table. "You're doing so well, we're about to move
you to private room."

"I hope Detective McKee will be able to find me," she whispered. "He probably has more
questions."

"I'm sure he'll find you. He left you this," she said, handing Ellen a business card bearing
the handsome detective's name. He'd scribbled what looked like a cell phone number on the
back. Only, the card appeared to have gotten wet and she couldn't read all the numbers. Still, she
clutched it in her fist as if it were her lifeline.

Ellen blinked. She wanted Jonah to visit her again, mainly because he was the only
person she really remembered, and because he'd been so nice. She knew he had questions, but
she didn't know when -- or if -- she'd ever be able to answer them.

She pictured his smiling blue eyes, and an odd sense of longing spread through her. He
had been so kind and gentle, unlike the angry man storming through the shadows inside her head.
Thoughts of him made her cringe, despite not being able to see his face.

"Ms. Jones?" A burly man in light green scrubs poked his head inside her cubicle.
Ellen nodded, even though the name was still foreign to her.

He walked in and examined all the wires and tubes connecting her to the equipment. "I'm
supposed to take you up to the third floor, but they have to unhook you first."

"Yeah?" He turned and looked at her, and her stomach churned. His dark eyes were flat
and lifeless, and she could have sworn she'd seen him before -- although she had no idea where.